View cart “UFO Chronicles: The War Room” has been added to your cart.

Practically every life on Earth is affected by an ancient sect whose ancestors plotted to manipulate and control the course of world history just as they are doing today. They affect all levels of society from lawmakers and enforcers, to religious and political leaders, to moviemakers and media moguls, as well as industrial and pharmaceutical giants. Through skillful manipulation they control the world, but they aren’t the politicians you’re thinking of, politicians are mere pawns in the game, they are the Illuminati.

The Making of America – Uncover the true origin of the United States of America and explore the occult origins of its signs and symbols – discovering that the Illuminati and secret societies are responsible for how we live our daily lives in this modern world.

A One World Order – A malevolent consortium has dedicated centuries to realize an oppressive and totalitarian rule through any means necessary, including money laundering, controlling political elections, terror attacks and creating financial crisis within the world economy.

“The frightening side of conspiracy theories.” – Extreme DVD

“So, you thought you lived in a free country did you? Think again.” – Awesome Mag

“Every element of society has been infiltrated, if not created, to control our every move.” – OH Krill, author of Montauk Babies

OVER TWO HOURS OF THE DARKEST CONSPIRACY AND CORRUPTION EXPOSED!

Be the first to review “Illuminati: The Grand Illusion” Cancel reply 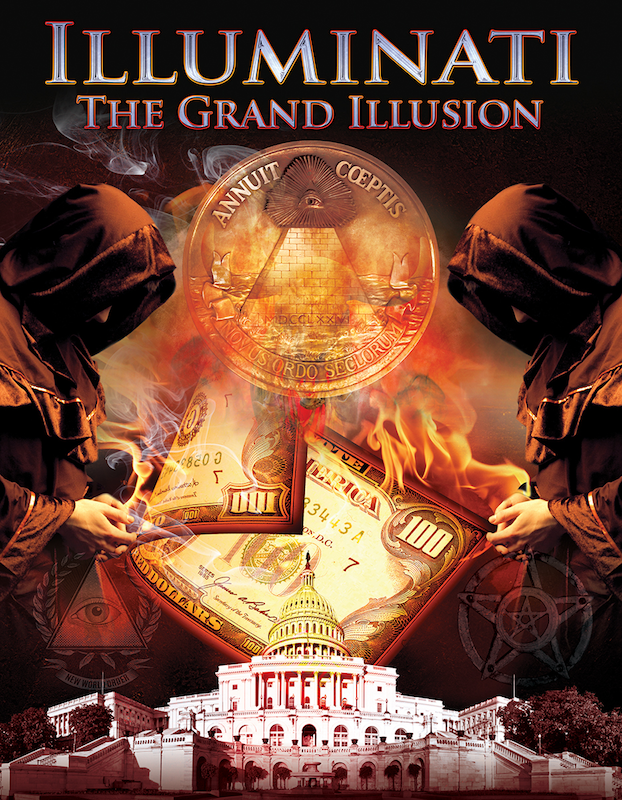 You're viewing: Illuminati: The Grand Illusion $12.49
Add to cart
THE UFO STORE