The information, research and discoveries they DONT want you to know is now available.

Forbidden Archeology: The Hidden History of the Human Race
Over the past two centuries researchers have found bones and artifacts showing that people like us existed on earth millions of years ago.But the scientific establishment has ignored these remarkable facts because they contradict the dominant views of human origins and antiquity.

A Race of Giants: Our Forbidden History
Legends throughout the world testify that giants once walked the Earth. The Bible tells of the Nephilim, giants who were “the sons of God and the daughters of man,” but in the modern world this is thought to be a myth. But if these accounts are merely myth, how can we have skeletal remains of human giants that are eight to twelve feet tall, that have been discovered throughout the world and throughout history?

Ancient Alien Origins
Hidden from us by misunderstanding, mistranslation and clouded in mythology, the birth of religion on this planet was no mere accident. It was the result of an alien invasion that sparked the worship of the original ancient gods. Those gods are the oldest recorded figures of worship in any world history and extend much farther back in antiquity. They are the root of all the major world religions.

The Cross of Thoth: The Hidden Truth to Mankind’s Most Revered Symbol
Lost in the thread of time, an incredible discovery has emerged from the dust of ages…Deep within the great pyramid is a secret that has remained hidden for over 4000 years. An ancient instrument designed to unlock mysteries that have baffled mankind for generations. The seal is broken. Within this film you will find the knowledge of the greatest Magicians that ever walked our planet.

Egypt: Origin and Aliens
In today’s age, with its remarkable technological engineering and scientific advances, it is unfathomable that the construction of the pyramids and other amazing works of the ancient world could not be duplicated. New evidence of highly advanced, precision machining on Egypt’s Giza plateau gives credence to the Ancient Alien hypothesis. This is further supported by glyphs of futuristic vehicles, bizarre flywheels and other artifacts and monuments cut with laser precision. Who really built these ancient megalithic structures and why were pyramids built in strategic locations all around the globe, then at a later date mysteriously abandoned seemingly overnight?

OVER SEVEN HOURS OF THE HIDDEN REALMS, HIDDEN SECRETS AND TRUTH TO THE LEGACY OF HUMANITY EXPOSED! 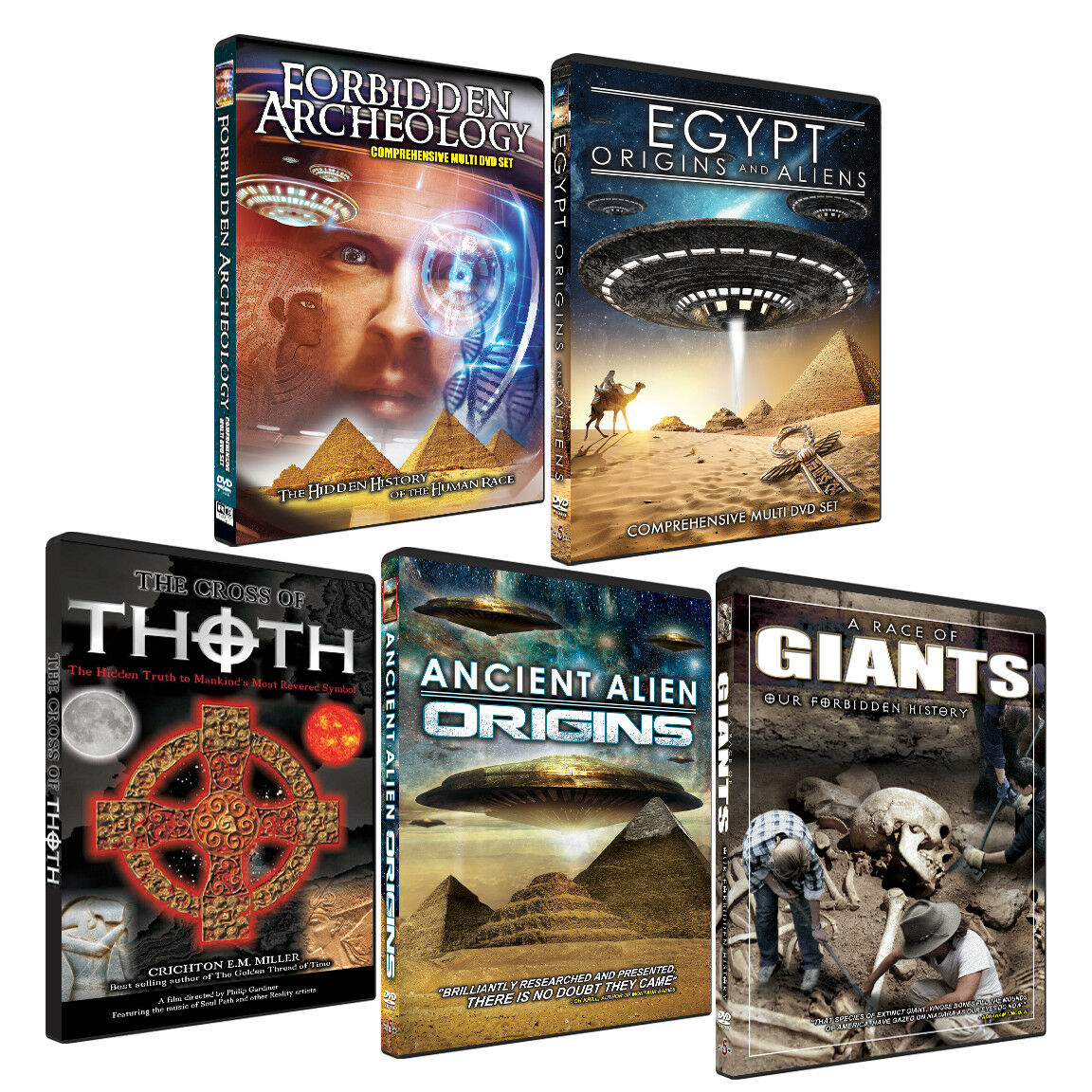